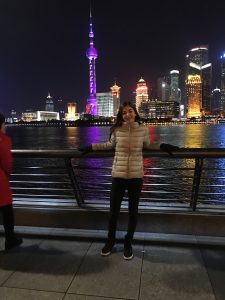 Over February break, my family and I visited China. It was amazing!

My favorite part of the trip was going to visit and see the Great Wall. It has such a spectacular view and fun ways of traveling to the top and arriving back at the bottom.

I did a ton of sightseeing while I was there. I went to the Summer Palace, where the emperor used to stay over vacation, and Tiananmen Square, where the emperor lived the rest of the year. I also went to the top of the 2nd largest building in the world in Shanghai, the Shanghai Tower. The tower showed an amazing view of the city. 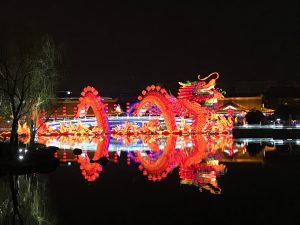 The activity that I found most enjoyable was a lantern show in Xian. The lanterns were lit up everywhere and extremely colorful.

The activity that I enjoyed the least was a show at night with a dumpling dinner in Shanghai. The food wasn’t good, and neither was the show. Also, the place was full of tourists, which made it less cultural.

I loved every single restaurant that I ate at, but my favorite restaurant was Lost Heaven. It offered amazing Chinese food with a cultural vibe. 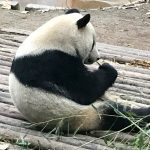 I stayed at four different hotels. The Peninsula in Shanghai was the first one I went to, and it was fantastic. The service was great, and the room itself was stunning. The next two were both of the hotel brand Shangri-la, both nice in Chengdu and Xian. The last one my family stayed at was The Regent. It was gorgeous and in a great location in the city of Beijing.

I learned many new things on my trip. I learned about the government there and about the Terracotta warriors being found, along with their purpose. This trip is a full thumbs up. It was absolutely fantastic, and the experience of a lifetime. I highly recommend it. 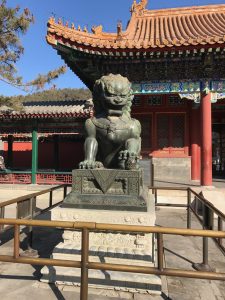 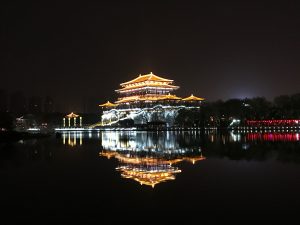 Lapland-The Coolest Place I Have Ever Been (Literally!)