Panama Is A “Lock”-A Great Place To Explore And Surf 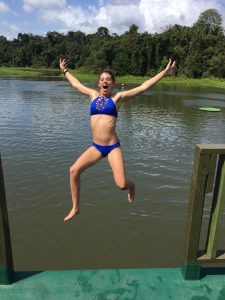 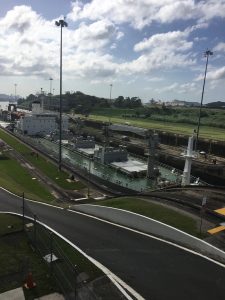 Where boats come in through the Panama Canal

My family traveled to Panama over December break! In Panama, we visited Panama City and Cambutal (about a 5 1/2 hour drive outside Panama City).

My favorite part of the trip was staying at the Sansara Resort. It was relaxing but still offered many activities. The food was delicious, and the people working there were always friendly.

My least favorite part of my trip was the drive from Panama City to Cambutal ( and back). Although the drive was pretty for some parts, much of it was on unpleasing dirt roads. Rather than 5 1/2 hours, the drive was seven hours because of traffic and continuous stops. 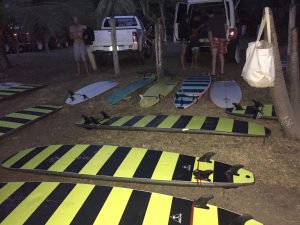 When I was in Panama City for the second part of my trip, we did a sightseeing day. We first went to the Panama Canal and saw a ship go through the lock system. The venue also included a museum consisting of the Canal’s history and how it came to be. In the same location, there was a short 15-minute video to learn about the past, present, and future of the Canal that really pulled all the information together for the viewer. When we were at the Sansara Resort, we did a three-day surfing program. The first day we woke up around 8:00 and did a 1-hour long drylands training course to learn the basics of getting up on a board. We then drove 1/2 hour to the beach where the best waves were. After arriving, we surfed for three hours, ending at around 1:00. The next day we woke up at 9:00, ate breakfast, and were at the beach by 10:00. Again we surfed for three hours. On the final day, we woke up at 5:00 and got to the beach by 6:00, in time to watch the sunrise. Again we surfed for three hours as the sun rose higher into the sky. 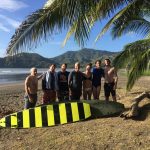 The activity that I enjoyed the least was caving. One day we took a boat to a set of caves. There were countless bats that I didn’t find particularly pleasurable in the cave. We then hiked through waist-high water for about 2 1/2 hours. It was still interesting but was not one of my favorites. 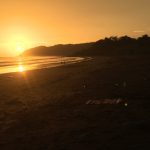 My favorite restaurant was a middle eastern place in Panama City (I can’t remember the name) :).  It was a Lebanese restaurant. Although it was not Panamanian food, it was some of the best hummus and falafel I’ve ever had. It was extremely authentic. When you stepped into the restaurant, you felt as if you weren’t in Panama anymore. The service was fast and accommodating.

On our first day in Panama, we stayed in a hotel in Panama City called the Waldorf Astoria. The beds were extremely comfortable, the rooms spacious, bathroom clean (and wifi was great 😊).  In the morning, we had a breakfast buffet that came with our room. It included an array of pastries, fruits, and an assortment of eggs and meats of which to choose. 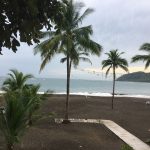 The next hotel we stayed at was the Sansara Resort. They are specifically a yoga and surfing resort. There are still plenty of other activities to do, such as SUP (stand up paddleboarding), kayaking, etc. The food here was delicious. All of it was extremely fresh and locally grown. The rooms are extremely accommodating, with daily maid service and nice showers. The staff is friendly, personable, and helpful.

The biggest learning experience I had during my trip was when I went to the Panama Canal. Not only did we get to see a ship pass through the locks, but there was also a three-floor museum. I would definitely give this trip a THUMBS UP FOR SURE! 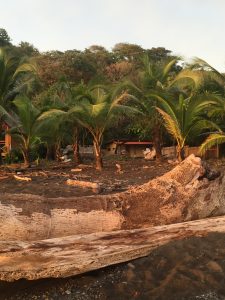 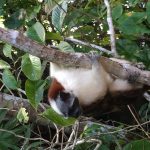 The Mayan Ruins Did Anything But Ruin My Trip To Cancun